AR and VR have gone from sci-fi to reality. These are the best examples of brands using the new tech to create unique experiences. Augmented reality (AR) and virtual reality (VR) are reality technologies that either augment or replace a real-life environment with a simulated one. So, how does AR work? Augmented reality (AR) enhances your surroundings by overlaying digital components on a live view, most commonly utilizing a smartphone’s camera. Virtual reality (VR) is a fully immersive experience in which a virtual world replaces the real one.

Did you know that extended reality (XR), which encompasses virtual reality (VR), augmented reality (AR), and mixed reality (MR), has roots dating back to the 1800s?

Charles Wheatstone introduces the concept of VR with the creation of stereoscope a technology where the brain integrates two pictures (one from each eye) to create a single three-dimensional image.

Nintendo created the “Virtual Boy”. It provided gamers with a 3D experience unavailable on TV displays or mobile devices.

Microsoft unveiled the HoloLens headgear, which took the concept of augmented reality to a new level by allowing users to interact with it.

Virtual reality, augmented reality, and mixed reality has spread throughout many businesses.

This expansion of XR applications is crucial to the technology’s progress since it demonstrates that XR is no longer limited to gaming and entertainment. I’m curious to watch how these technologies develop and become more widespread in the future of augmented and virtual reality. (Read our latest blog about Metaverse / we can put a link here to the Metaverse blog)

What is Augmented Reality?

In augmented reality (AR), a virtual environment is created to cohabit with the actual world, be instructive, and offer additional data about the natural world that a user can access without looking for it. When a handset is pointed at a piece of malfunctioning equipment, for example, industrial AR apps might provide rapid diagnostic information.

What is Virtual Reality?

Virtual reality is a comprehensive environmental simulation in which the user’s real world is replaced with an entirely virtual one. These virtual settings are frequently created to be larger than reality since they are fully synthetic. For example, in a virtual boxing ring, a user may fight a cartoon version of Mike Tyson.

How can AR and VR generally add to your growth marketing strategy?

How are renowned brands utilizing AR and VR today?

IKEA implemented IKEA Place, allowing buyers to digitally arrange rooms in their homes with IKEA goods and accessories. When you snap a photo of a place and pick an object, the app will automatically resize it to fit the room’s proportions. Users are able to touch a virtual sofa to see how big it is when expanded as a sofa bed.

According to the company, IKEA Place and other augmented reality products are expected to increase the firm’s bottom line over the following years. IKEA has already changed the way people buy furniture in the future.

The business claims that “the AR technology is so exact that you will be able to perceive the texture of the fabric and how light and shadows are recreated on your furnishings.”

Many companies from the furniture industry have followed them, for example, Wayfair, Amazon, Home Depot, Overstock, etc.

As part of its sponsorship of the 2015 US Open, Amex offered several events and experiences for on-site spectators. The centerpiece of the Amex on-site fan experience was “You vs. Sharapova,” a virtual reality game that pitted fans against tennis great Maria Sharapova in a simulated tennis match, combining live action and computer-generated graphics of the player.

Players used their hands and body movements to return as many virtual tennis balls as possible against an AI opponent.

In its official smartphone app for Coachella, the famous music and arts event in California, Amex included an augmented reality feature for shopping. Cardholders were able to purchase certain products through the camera on the Coachella app AR, which was located throughout the festival grounds.

Amex uses experiential marketing events to engage people and keep its brand top of mind as a financial brand without a tangible product. These unique AR and VR experiences would also motivate social media users to post their photos online, earning the company PR.

It is difficult to examine examples of innovation in the fashion industry without mentioning Burberry. The British fashion company, known for its trench coats, is pioneering augmented reality (AR) for customer engagement and brand promotion. Read on to learn more about some of the company’s most successful projects AR.

Burberry partnered with artist Danny Sangra to create “Burberry-inspired” images for an augmented reality feature in its iOS app. An e-commerce store and interactive brand elements were brought together in this application. The AR component allowed users to personalize their environment by overlaying Danny Sangra’s photos on top of their photos, which they then shared on social media, allowing the company to reach new customers.

Another example of AR in fashion retail is Burberry’s collaboration with Google. The company cleverly transferred the in-store shopping experience to customers’ mobile devices. Thanks to this effort, Burberry provided 3D photos of the Black TB bag and Arthur Check sneaker to customers who searched for them online. Consumers discovered 3D images of the products by typing the corresponding product name into Google.

In addition, the technology promoted customized retailing of luxury goods and provided a more connected experience, but also controlled customers’ expectations of things. This gave shoppers a more realistic picture of things before they bought them, eliminating the need to go into the store to see the item in person and potentially reducing the possibility of returns.

Sephora’s “Virtual Artist” feature has been available through its main app since 2016 and remains one of the best examples of augmented reality in the beauty industry. Of course, Sephora has been promoting the use of the app as a substitute for in-store shopping in recent years.

Instead of having furniture in the house, the AR technology allows customers to see how certain items (like lipstick or eyeliner) might look on their skin. For this purpose, lips and eyes are scanned with Modiface technology and different lip colors, eye shadows, artificial eyelashes and other cosmetics are superimposed.

The main goal of the app seems to be to increase sales on the Internet, as buyers of beauty products often go to stores because they have concerns about how the products would look in real life.

Some may argue that there’s no substitute for trying products on real skin, but the advantage of the tool is the sheer number of products users can try – without the hassle or time commitment of visiting in person. In the meantime, it’s a bit of fun for customers and another opportunity for beauty companies like Sephora to provide entertainment and inspiration alongside their products.

TOMS, a shoe company recognized for its humanitarian endeavors, uses virtual reality technology to create “Virtual Giving Trip,” a digital contribution campaign. This charity drive began with a pledge to donate a new pair of shoes for every pair of shoes purchased to a kid in need. The company’s workers and partners will then go on a philanthropic journey throughout the world, providing new shoes to children and seeing their efforts. TOMS works with Within (formerly named VRSE), a VR technology startup, to develop an in-store virtual reality experience utilizing VR technology to enable their consumers to engage in this significant excursion. Customers may virtually join this donation tour by wearing virtual reality headsets.

They’ll be seeing the kids get their shoes measured and fitted. They’ll also get to meet one of the recipients and observe how they live. TOMS has started backbone exhibits in select department shops and has placed the VR gadget in more than 30 retail locations worldwide. Customers have applauded and commended this unique and compassionate mathematics marketing method.

The TOMS virtual donation tour is an excellent illustration of what can be accomplished with virtual reality technology. Virtual reality’s value lies in its ability to give clients a unique experience and elicit emotional responses from them. TOMS has effectively displayed its brand’s affinity for its customers and pushed them to develop a stronger emotional bond with them. The company is empowered by its charitable endeavors, building a deep emotional link with its customers by allowing them to experience a firsthand charity trip and feel the impact of their donations.

The New York Times has used AR and VR to give readers a feeling of location by incorporating the technology into its reporting. This strengthens tales when the reader is placed with journalists on the front lines, placing them in the right area at the right moment.

The NYT VR app was introduced in 2015 in conjunction with The Uprooted, a virtual reality film about three children displaced by conflict. Viewers might experience what it’s like to be inside a refugee camp using virtual reality from the perspective of individuals who have been impacted.

Since The Displaced, the Times has released over 20 virtual reality documentaries on subjects, including the Antarctic and space research. It just debuted The Daily 360, a daily series of virtual reality (VR) or 360-degree videos taken from different sites worldwide. The Times’ most recent effort into augmented reality, on the other hand, has piqued our interest.

The outlet’s first AR-enabled piece, a preview of the Winter Olympics, was published in February 2018. Figure skater Nathan Chen and snowboarder Anna Gasser were among the athletes featured in the piece. Times readers could use the app to watch the athletes in the room next to them, zoom in and out, and move around 360 degrees to see them from all angles.

As these examples of virtual reality and augmented reality show, the word “VR and AR marketing” can be applied to a wide range of commercial actions and opportunities – and as we said at the beginning, they have been around for much longer than you might imagine.

Consumers of all ages, especially younger generations like Generation Z, value companies that offer personalized experiences. And since most people use social media primarily for pleasure, setting up entertaining digital marketing campaigns is a specific approach to increasing brand exposure.

Large companies are experimenting with virtual and augmented reality to enhance their digital products.

Consider this: virtual reality marketing is not just the future, it’s already a reality. Smaller companies can assume consumers are familiar with digital marketing campaigns in VR and AR if they want to participate.

However, as interest in virtual reality marketing campaigns remains high, there’s no better time for companies to expand their digital products into this space. Learn more from our NoGood experts. 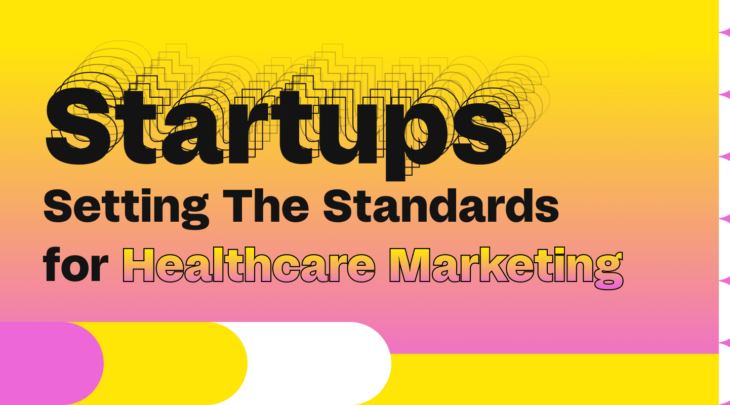