Exploring the journey that Airbnb has taken from ideation to growth in just 14 years. 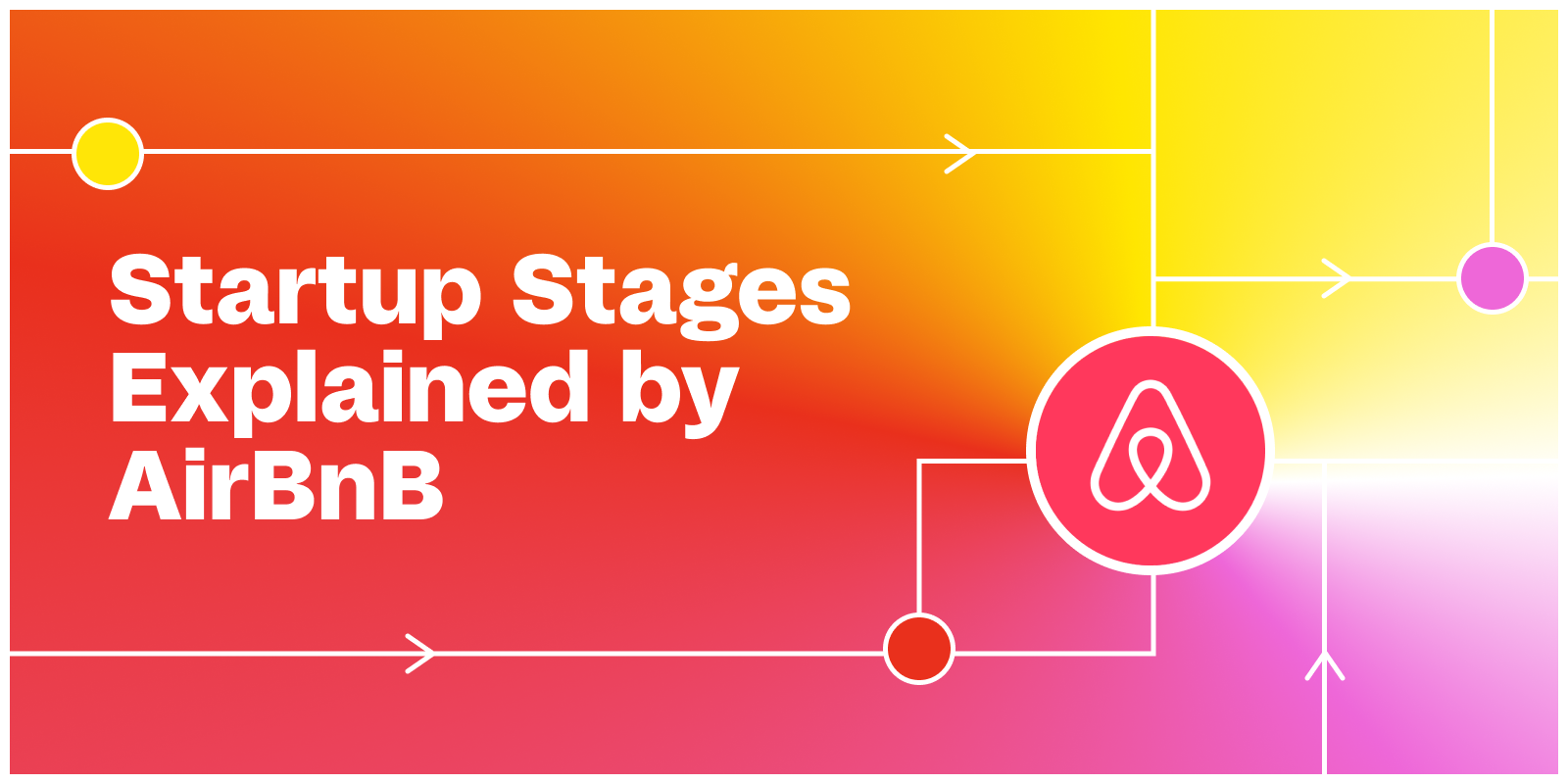 If you’re like us, you’re constantly dissecting everything from businesses to ads. I was recently served this ad, and it generated a few questions:
A) Why am I getting this? We love our jobs. (You hear that M?)
B) How are these massive companies startups?

I screen-capped it, sent it around the office, got a few laughs, and moved on. Then. I saw that AirBnB was announcing their new Luxe service and it all made sense! Just as Rafiki hoists Simba into the air in the opening sequence of The Lion King, the internet was collectively witnessing AirBnB entering its growth stage — a brief 14 years later.

Being the growth nerds we are, we thought it a perfect opportunity to not only dissect their growth journey thus far but break it down into the stages that all start-ups experience to better understand what motivated this recent launch and what may still be to come.

A Quick Recap of the Stages of a Startup:

Want the best marketing newsletter on the internet?

Of course you do!

The concept for Airbnb was famously created in 2007 when two roommates in San Francisco, a region not necessarily known for its cheap rents, and a frequent destination for business and leisure travelers alike, had the idea of putting an air mattress on their living room floor and turning it into a bed and breakfast.

In August 2008 the duo became a trio with the appointment of a former roommate as their CTO and launched a website — impressive considering the iPhone had just been released the year prior.

Later that month when attendees of the Industrial Design Conference arrived in San Francisco, the website had its first customers as those traveling for the conference struggled to find accommodations with hotels in the region being full.

While this is a bit of a scrappy approach to the ideation stage, it’s worth noting again that this was in 2007 and Facebook was still limited to those with a college email address — building a startup wasn’t yet the formulaic process that it has now become.

Either through intuition or luck (maybe a bit of both?), the group behind the company did check all of the boxes for this stage in the startup journey by:

While scrappy, there is something to be said today about their approach to this stage of their journey. While they did have a significant advantage at the time at which they were entering the market, prior to the startup boom that was to follow with Uber and other unicorns launching during this period, they avoided the crippling ‘failure to launch’ that many startups suffer from today.

Possibly the greatest takeaway from their success was that they had an idea, and launched it to immediately test it and see if it worked. While the startup space is significantly more crowded now, with the prominence of low-no-code tools that are available today, there are far fewer barriers to entry to launching a product and seeing if it works.

While it can be incredibly difficult to see beyond the Twitter threads of multi-million dollar fundraising rounds that have become synonymous with the space, there is still validation for just getting something out there rather than trying to make what you’re building perfect or trying to account for each and every possible outcome.

Airbnb had a particularly long validation stage, as you may have inferred from the fact that it had launched in 2008 and only now entering its growth stage in 2022 with the introduction of Luxe.

Typically during the validation stage, companies are searching for Product-Market Fit — or finding their customer.

This was fairly simple for AirBnB, and many would argue that the company almost immediately entered its growth stage in 2009 when it expanded from air mattresses and shared spaces to offer entire homes, apartments, single rooms, and other varieties of short term spaces for rent — this is not the case.

The period from 2009 to today served as their validation stage not because they were trying to find someone to sell to, but because they were determining how to sell it while simultaneously growing their community — something they did naturally as their business model organically benefits numerous members of the community through various touchpoints.

While true that the platform allows individuals to rent their spaces to earn passive income while allowing travelers access to more accessible places to stay — there is a ripple effect that benefits everyone from local businesses to house cleaners and other sorts of community members.

The past decade-plus for AirBnB was a time heavily dedicated to community-led growth and development — there’s no one doubting this. The platform itself was built to encourage hosts to advocate within their communities for the opportunities the platform provides for passive income. Rapid new-user growth loops were also built into the platform by allowing travelers to add companions to bookings for trips. Social validation was also encouraged by hiding host reviews until users left their own — once again improving on the traditional hospitality standards of users typically only leaving reviews for negative experiences where it is deemed necessary.

But they were essentially offering the same product in different regions with new users utilizing the product in different ways — with the addition of Experiences in 2016 serving as an enhancement to the existing business model and ultimately proved insubstantial as a means of achieving Business-model fit during that period.

Regulations also posed significant challenges, which held them from achieving their MVP as the hospitality industry fought to retain dominance in the travel sector, and local and national governments took notice and made attempts to restrict their progress.

While rental arbitrage became popular for those with the means of renting spaces with the intent of re-renting them as short-term travel spaces through AirBnB, investment outfits bought up portfolios of houses and apartments for the purpose of leveraging them as investment properties — these all still fell within the parameters of AirBnB’s MVP.

This illustrates an important experience of the start-up journey in that the barriers to achieving MVP may not be product-driven, or even consumer-driven. At times, pivoting to adjust your product to fit regional regulations, or even global restrictions in some cases may be necessary to achieve product-market fit — with some cases necessitating changing the regulations themselves.

This also illustrates the potential dangers of not properly conducting research during the ideation phase of the start-up journey — which we acknowledge we had previously applauded. What Airbnb achieved during their validation stage with the rapid expansion they did experience, was arguably throttled from growing too quickly (which is totally a thing). Though as with anything, hindsight is 20/20 and there are always things that founders say they would have done differently if they, ‘knew then what they did now.’

Considering there’s no changing the past, the reality is that despite it taking the time it did to validate its product, it did. In the past decade, Airbnb has changed and adapted to government regulations on both global and local levels, updated their ToS + FAQ to reflect these changes, and advised and interfaced with everyone from those running rental arbitrage rings, to holding companies and landlords on how to stay compliant with these regulations, while being faced with lawsuits from cities, individuals, and groups — but somehow survived.

This brings us to…

There’s incredibly valuable insight from the introduction of Luxe that stems from AirBnB’s purchase of Luxury Retreats in 2017 — you can plan for growth prior to achieving it.

Despite the acquisition happening in the late 2010s, AirBnB likely recognized that the time for expansion hadn’t yet arrived.

It’s likely this mentality that prevented AirBnB from rolling out Luxe before they did — recognizing that their success in expansion was directly tied to their ability to be compliant with regulations on a global scale in order to introduce new product categories to their market. It also allowed the company to build the relationships and reputation needed to expand into other markets, particularly the luxury market.

In 2016, they witnessed The Plum Guide enter into the short-term rental space with claims of having an extensive list of qualifications for their properties to meet before being listed on their site. While the learnings of AirBnB during their validation stage indicated they could easily compete with the hospitality industry at an accessible price point, The Plum Guide proved that luxury markets required additional scrutiny, validation, and accommodation to be a viable marketplace to expand into.

It was more conducive for AirBnB to allow The Plum Guide to serve as their validation stage for the luxury marketplace when they were stable and compliant with regulations on a global scale — creating a seamless opportunity for them to expand into their growth stage once they had validated their global compliance.

And as we recently witnessed, AirBnB has essentially only had to flip a switch in order to begin their expansion into a new market, and usher themselves into their growth stage.

With the introduction of Luxe, AirBnB has entered into its growth stage by expanding into a marketplace that has been pre-validated for them over the course of the past ~6 years, while altering the behavior of travelers by allowing a destination-first approach to travel. They do so with a portfolio of 2000+ properties that they acquired ~5 years ago as they made a strategic purpose while navigating the viability of their platform on a global scale.

As they continue to grow and test their new product category with a new market, it’s likely that they will see further expansion of product offerings across all of their verticals.

As they scale not only the properties that they offer to their guests, but add additional amenities and services such as custom itineraries, luxury amenities, and tailored services, these offerings can, and likely will be, optimized to scale to their other properties.

By observing how AirBnB approached its own growth, we can distill a few key takeaways:

1. Being fast to market can help to refine a product quickly

3. Planning for future phases can happen at any stage in a start-up

We’ll be actively observing to see how AirBnB’s growth stage takes shape as they expand and refine their products and scale.

James is an internet anthropologist and self-identifying old man who has meandered through his career as a photographer, pattern designer, and brand builder who joins NoGood to elevate their content and 10x their meme game. Building a community on Twitter may seem like an insurmountable task — it is. This guide will make it a little bit easier though. 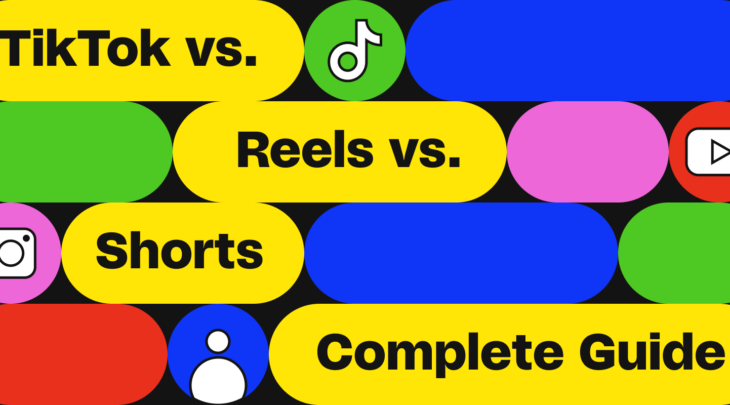 Reels vs. TikTok vs. Shorts: The Complete Guide

As short-form video becomes the leader in social media, we dive into which platform provides the best experiences for brands and marketers. AR and VR have gone from sci-fi to reality. These are the best examples of brands using the new tech to create unique experiences.
Maria Mathioudaki
Jul 1, 2022 9 min read